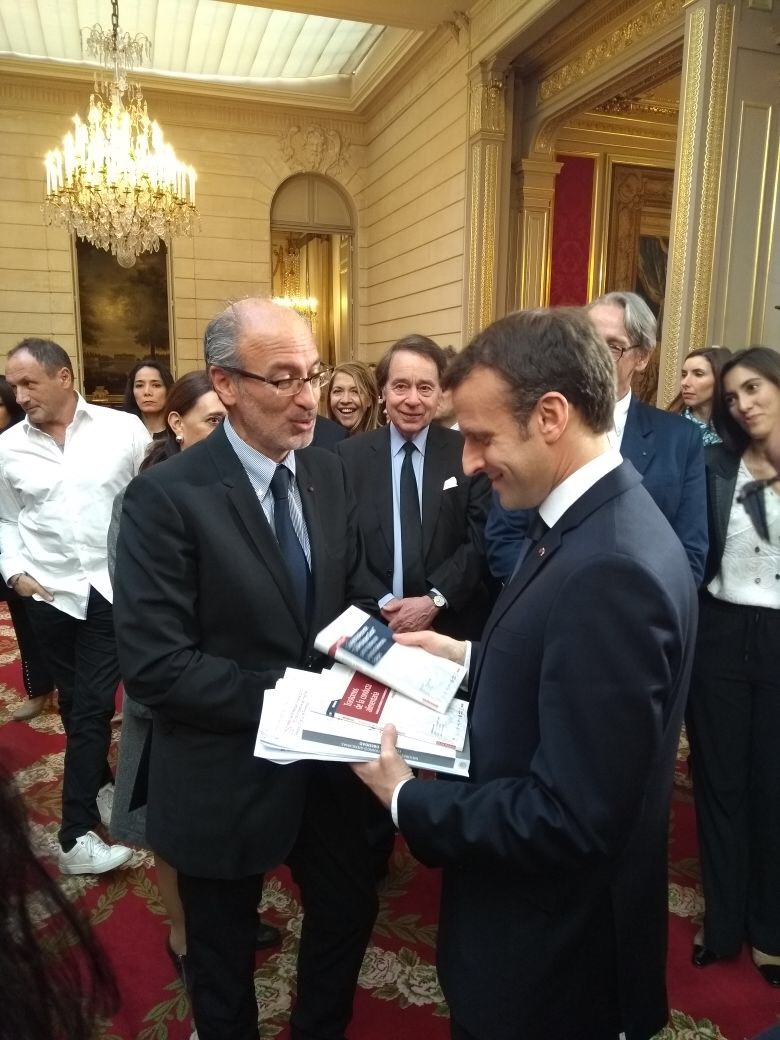 How do medical training and innovation cross borders? According to Dr Armando Barriguete Meléndez,  “it takes the generosity of real people, with a common goal, working together, and we can do great things. This has been my experience in collaborating on behalf of Mexico with France.” Dr Barriguete, president of the Franco-Mexican Medical Foundation,  is an Eating Disorders and Obesity Consultant,  a clinician receiving patients and collaborating with leading public institutions in Mexico and around the world. 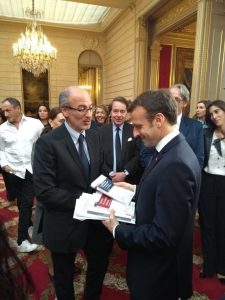 April 16, 2018 – Dr Barriguete presents the work of the Franco-Colombian-Mexican cooperation to President Macron.

Engaged in the international activities of the Foundation of the Academy of Medicine, (FAM), Dr Armando Barriguete Melendez will attend FAMx Paris, the international forum on Reverse Innovation in Healthcare, organized by FAM in cooperation with the French National Commission to Unesco, and Doctors 2.0 & You.

Thanks to the Doctors 2.0 & You cooperation, I had the great pleasure of interviewing  Dr Barriguete on his recent visit to Paris. I was impressed not only by our conversation but by the videos and articles online demonstrating that Dr Barriguete seeks to improve the quality of care provided to patients,  not only through his  practice, but by exchanges with the public, through academic collaborations, and with public institutions in Mexico and around the world. Dr Barriguete works with a platform of five national Mexican research institutes and two of the largest Mexican universities, Universidad Nacional Autonoma de Mexico, UNAM and the University of Guadalajara.

As part of a Franco-Colombian-Mexican delegation to France, Dr Barriguete presented the group’s finding on obesity to Emmanuel Macron in Paris on April 16th. We see him in this photo handing over the latest report from the Franco Mexican health cooperation and nine scientific publications  produced with the French National Academy of Medicine and the Academy of Surgery. Says Dr Barriguete, “This cooperation is a model for the Legion of Honor Society’s Americas Network.  On May 29th, President Macron will make a speech in which he will use as a model for the international promotion of the French language, innovation in science and health in Latin America.”

Dr Barriguete is looking forward to attending FAMx Paris, whose program bringing together representatives of large emerging economies, such as China, India, Russia, Brazil, Mexico is unique. As Dr Barriguete notes, “These countries are each a continent, in terms of their size and specificities. We must congratulate the officers of the Foundation of the Academy of Medicine for their work in putting together this exceptional program at FAMx Paris.”

Indeed France, where Dr Barriguete studied both psychiatry and eating disorders, holds a special place in Dr Barriguete’s heart. He  early on developed 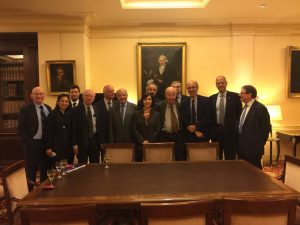 Dr Barriguete and his colleagues of the French Academy of Medicine

a strong professional network with professors of medicine who shared his interest in developing international health programs. In 2006, when Dr Barriguete became an advisor to the Mexican Ministry of Health, he was in a position to bring in new programs to help Mexico improve in nutrition and in obesity prevention. Dr Barriguete’s search led him to identify France’s programs such as PNNS, Nutrinet, Nutriscore and to work on bringing them to Mexico. In 2014, the French and Mexican Presidents relaunched a strategic cooperation between the two countries,  a program devoted to nutrition and obesity and adolescent health. “This was accomplished, says Dr Barriguete,  with the help of the French Academy of Medicine and the Foundation of the Academy of Medicine.”  Dr Barriguete also went to Colombia to develop a project with  the Columbian Academy of Medicine and from there to Guatemala. He notes that all of Latin America will engage with these programs over the next decade.

There will be much more news of Franco-Mexican medical relations over the next ten years and you can be sure that Dr Barriguete will be part of what is happening. Please join him at FAMX Paris to be held at Unesco on May 31-June 1, 2018.